Two decades. This is what completes the Family of Hope, the International Association of Faithfuls of Fazenda da Esperança. Approved by the Pontifical Council for the Laity of the Catholic Church, the association had its first recognition signed in 1999 by, at the time, Archbishop of Aparecida (SP), Dom Aloísio Lorscheider. Since then, lay members of the association have taken on the missionary condition and strive to make communities and works, true centers of spirituality and evangelization.

The Hope Family is founded by Fr. Hans, Nelson Giovanelli, Luci Rosendo and Iraci Leite. According to documents, the founders simply wanted to live the commandment to love their neighbors as themselves, through two charisms: that of unity and that of the Franciscan.

Second Frei Hans, it is through the members of the Family of Hope that young people recovering at Fazenda da Esperança find an environment where they can make a new life choice, where they can rediscover their origin and discover that they were born to love. “Here you can learn to love. They live a year together, we teach, practice the Gospel, love, forgiveness. How many and how many are able to forgive those who have wronged them and are able to start their lives over. This is extremely important for each one, their families and for society ”, he highlighted.

Currently, Fazenda da Esperança houses approximately 3.500 young people in recovery, in 144 mission houses spread across 23 countries. In Guaratinguetá alone, home of the therapeutic community, more than 140 young people are cared for by members of the Family of Hope.

For Father Christian, rector of the headquarters of Fazenda da Esperança and a member of the Family of Hope, the celebration suggests a moment of reflection: “We are trying to understand what God's plans are for our community”. In 2021, Fazenda da Esperança will have its first home in Thailand, Pope Francis' next destination. “Next year we will start our activities in Thailand. A country where Christians are in the minority. Looking at these achievements, I can only say that whoever did and does all this is God. Our desire is to be faithful and expect everything from God. We are happy to celebrate this party and we are aware that everything is God's work ”, he concluded.

From the Farm to the Family 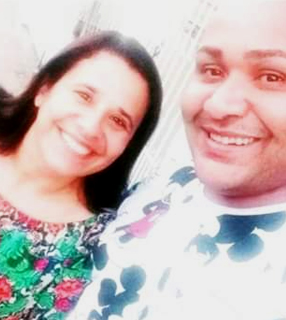 Lucas Machado, a telemarketing operator, was one of the young people who remained in recovery for a year at Fazenda da Esperança. Addicted to drugs, Lucas was a homeless person for 9 years and had the help of a former teacher, Maria Lúcia, to receive help from the therapeutic community. According to the telemarketing operator, Fazenda da Esperança helped to restore his life and taught him to believe in God's mercy.

In addition to feeding his faith, Lucas believes that his time in the therapeutic community brought his family together and encouraged him to rescue his professional life. After the end of his recovery, the young man reveals that he is attracted to live the charism of hope, through the Family of Hope, and that he is currently experiencing a process of vocational discernment: “I feel this desire to spread this hope, because I am fruit of hope ”. 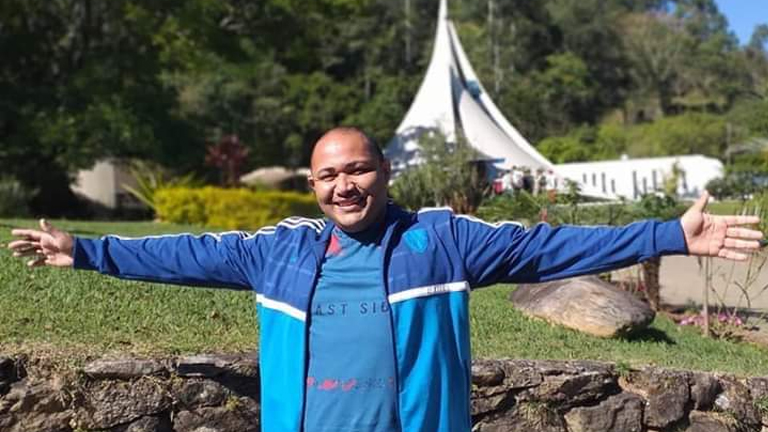 Lucas in front of the Sanctuary of Hope, at Fazenda da Esperança / Photo: Personal Archive - Lucas

"Fazenda da Esperança was the link that brought me closer to God", reveals Lucas

Like Lucas, Guilherme Cruz Cardoso also turned to Fazenda da Esperança to recover from drug addiction. The young man says that during his childhood he suffered sexual abuse and that during his adolescence he had crises regarding his sexual orientation and tried the drugs. Guilherme comments that he became a prostitute and became addicted to cocaine.

A great-aunt introduced the young man to Fazenda da Esperança. At the time, Guilherme got in touch and went to recover. “When I arrived to recover, I was destroyed, I was in a lot of pain, a lot of hurt, I didn't speak to my family, my brothers, I only spoke to my mother. It was very difficult ”, he reported. During his stay at Fazenda da Esperança, the great-aunt who had sent him to the place died. During the period of mourning, the young man claimed to have received all the emotional support from members of the therapeutic community: “I felt so loved”.

“The period of prostitution is dirtier and more difficult than using the drug, because you take a shower and still feel rotten, dirty. It was a very difficult moment ”, recalled Guilherme. 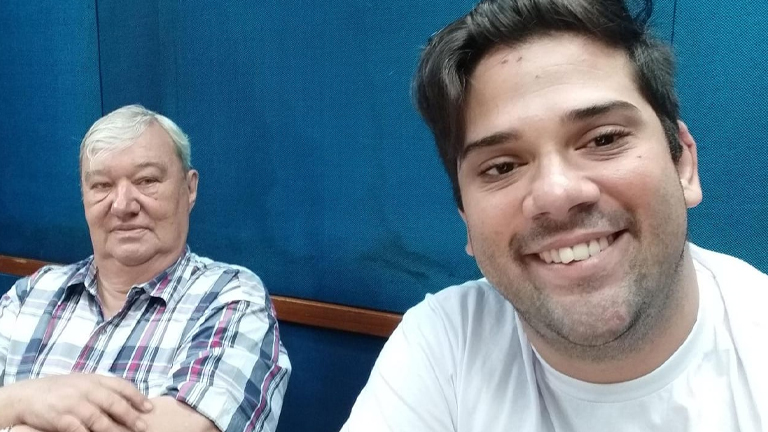 With two months of recovery at Fazenda da Esperança, Guilherme reveals that he already knew he would stay at the construction site and that he would help it in some way. After completing the recovery period, the young man remained in the therapeutic community for 2 years as a volunteer and then lived for a year with his family. “I was invited to return to the Farm as a communication advisor for the Sanctuary of Hope. In that period, I saw that there is a Family from Fazenda da Esperança, one of those people who recovered, of the volunteers ”. Currently, in addition to being a communication advisor for the Sanctuary of Hope, the young man is celibate of the Family of Hope.

"Today I am part of this family. I am ex-recovering and a member of that community. This charism, which is the charism of hope, changed my life”, underlined Guilherme. 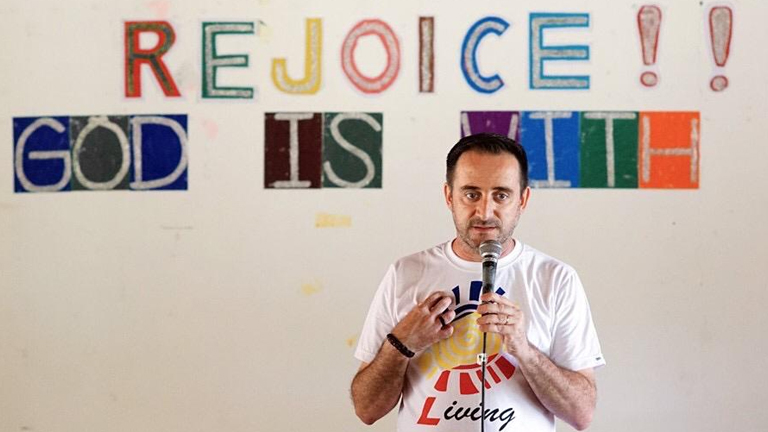 Bovo says that he discovered during the recovery time that some pains and feelings he had inside him, and that he did not know how to deal with, were determining factors for him to experience the addiction. "Living love has freed me to the point where I can talk about my pains".

“The farm gave me hope again, rescued me from that life and showed me the way to a new life”, stressed Maurício.

For the Family of Hope member, what marked him during his recovery was the desire to be healed by doing good to people. After his time at the farm, Maurício felt he was called to support everyone who passed through the farm and their families through the GEV. “It was the way I chose to start donating to this charism”.

After the discernment and the decision to belong to the Family of Hope, Bovo claims that everything he lost in the time he lived on drugs, God gave him twice. “I formed my family, with my children, and I was given a mission to bring hope. It was a natural way to participate in the Family of Hope, it is a way to recognize all that God has done for me ”.

News check out all the news

Today the Church celebrates Our Lady of Graces

Maria under the title of Nossa Senhora das Graças is patron of several units of Fazenda da Esperança, in Brazil and Argentina. Know part of the history of the foundation of the Farms and the history of the apparitions of the patron saint.

The importance of creating a favorable environment in Esperança Viva Groups